‘It won’t let up’: Michigan GOP plunges into chaos

‘It won’t let up’: Michigan GOP plunges into chaos
4 Views 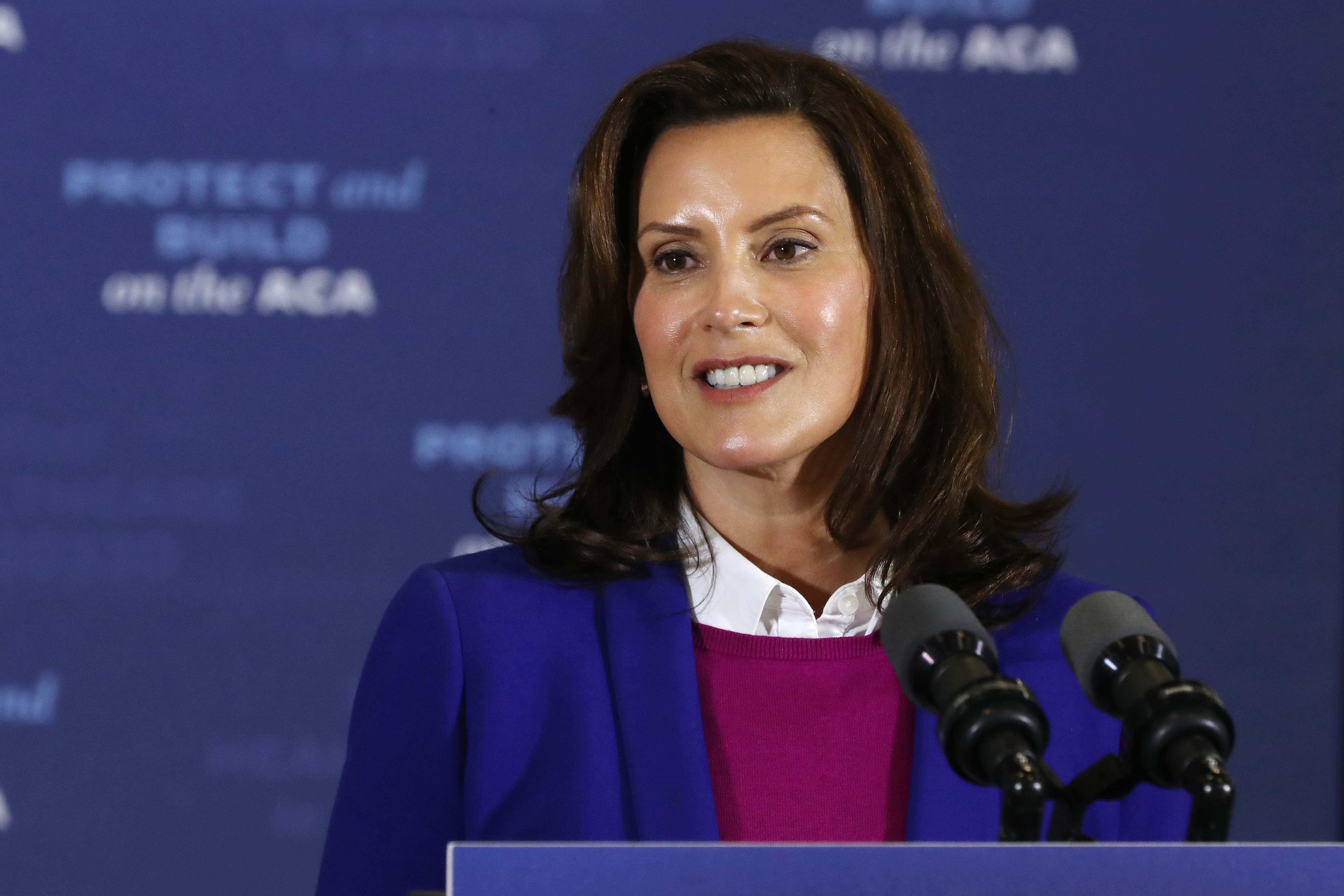 Michigan Republicans have been waiting for years for the chance to beat Democratic Gov. Gretchen Whitmer.

Then, they spent the last month doing virtually everything to blow the opportunity.

Five candidates — including longtime GOP frontrunner James Craig, the former Detroit police chief — were knocked off the ballot after election officials in the state discovered fraud in their petition signatures.

Weeks later, candidate Ryan Kelley was arrested by the FBI on charges stemming from his presence at the Capitol on Jan. 6 — just after he was confirmed as the new polling leader in the shrunken Republican primary, plunging the race into a new level of chaos.

“Just when you think everything is settled, something new comes along and washes onto shore,” said Jason Watts, who was removed from his post as a district party treasurer in Michigan after publicly breaking with former President Donald Trump.

Both Craig and Kelley have vowed to continue on with their campaigns, with the former police chief launching a longshot write-in primary campaign and the newly charged Kelley insisting that he will be vindicated — and even that he expects a bump in support.

Kelley was charged with four misdemeanors. On Thursday, a federal magistrate judge ordered that he surrender his gun while the case is pending, but he is allowed to travel freely within the state, including through other states to get to the Upper Peninsula. But he must notify officials of other out-of-state trips.

In an interview with POLITICO before Thursday’s order, Kelley — who said he believed that there is “some sort of political motivation” behind his arrest — said he thought that it has actually benefited his campaign.

“The support has been overwhelming,” he said. “And so many people have reached out in various capacities, whether social media, phone calls, emails, to show their support. I think our support has grown 1,000-fold or more.”

Many Michigan Republicans rushed to his defense in the aftermath of his arrest. The rest of the gubernatorial field issued statements questioning the timing, while state party chair Ron Weiser said Democrats were “weaponizing our justice system in an unprecedented way against their political opponents.”

And following his arrest, Kelley rocketed through appearances on conservative media — including a spot on Fox News’ Tucker Carlson’s show earlier this week.

A recent poll in the state, taken entirely after the news of Kelley’s arrest, did show him in the lead. A Detroit Free Press/EPIC-MRA poll released on Thursday had Kelley in first place at 17 percent, followed by 13 percent for anti-lockdown chiropractor Garrett Soldano, 12 percent for businessman Kevin Rinke and 5 percent for conservative media personality Tudor Dixon.

Whether the bump is sustainable for Kelley, however, remains unclear. It may depend partially on whether conservative media keeps boosting his cause or moves on to another subject.

“I don’t think in the long term this plays out for him,” said Watts, adding: “It’s like being king of the trash heap. What does that mean? Very little.”

Craig, for his part, officially transitioned his campaign to a write-in one earlier this week. But a joint interview with Craig and fellow disqualified candidate Perry Johnson on the Detroit politics show “Let it Rip” last week hinted at how difficult it will be for the former police chief to campaign now.

Johnson — another one-time leading candidate and self-proclaimed “quality guru” who spent millions from his own pocket before he also failed to make the ballot — spoke about how difficult it would be to actually run a successful write-in campaign.

“I think it’s very difficult. Practically speaking, people have a hard time remembering the name,” Johnson said on the show. He said he had studied what it would cost to run a write-in bid for the GOP nomination and said a successful effort would take $22 million.

Nevertheless, Craig said he believed he could pull off a write-in campaign. “I absolutely have enough name recognition,” Craig said on the show. “I am the best candidate to unseat Gov. Whitmer.”

Dixon, though, could be a factor in the primary despite her low standing in current polls.

Dixon just earned the backing of the DeVos family, including former U.S. Secretary of Education Betsy DeVos and Dick DeVos, her husband and the 2006 candidate for governor — longtime political kingmakers in Michigan who have the financial muscle to boost their candidates.

Since the beginning of this month, the group Michigan Families United has booked $600,000 worth of airtime backing her, according to the ad tracking firm AdImpact. It recently started airing a TV ad promoting Dixon as a “conservative businesswoman” who will “stand up to woke indoctrination of our kids.”

Speculation has abounded about who is funding the super PAC. But the group does not have to disclose its funding until late July.

Democrats have gleefully watched the chaos in the Republican primary unfold, and have even tried to stoke the fire. Put Michigan First — the Democratic Governors Association affiliate in the state — released its first TV ad in the state earlier this week needling the entire field, before saying Whitmer is “protecting free and secure elections for Michigan.” The committee said the ad was running statewide, including “primetime slots on Fox News” in numerous markets in the state.

But for as bad as they are right now, the GOP’s convulsions aren’t necessarily predictive of collapse in the fall, Michigan Republicans say. Had Craig waited to run as a write-in in the general election, he might have played a spoiler role in a close race, for example.

And once the GOP settles on a gubernatorial nominee, the race could become a contest between a Republican and an incumbent Democrat, not the GOP-only circus on display now.

“This chaos is in part because of the number of candidates, the number of ballot initiatives, so there are just so many molecules bouncing around that it’s hard for things to normalize,” said Jason Roe, the state party’s former executive director. “Once we nominate a candidate, it becomes a binary choice between a Republican and Gretchen Whitmer, and I think things settle down for us.”

Still, Roe said, at the moment, “It’s just one week after another, and it won’t let up.”

Republicans have privately admitted that Whitmer has done at least a decent job establishing her own brand in the state that has separated her from national Democrats. In a poll released by the Detroit Regional Chamber late last month of Michigan voters, Whimer’s job approval rating was trending well ahead of President Joe Biden’s: She was at 49 percent approval to 41 percent disapproval, while Biden was at 36 percent approval to 55 percent disapproval.

But Republicans are still bullish about their chances in their state, given both the national economic environment and attacks they are preparing to unleash against Whitmer — including charges of hypocrisy about a trip she took to Florida during the pandemic.

But he said, “The party’s going to be fine. We go through ups and downs in the process.”

Josh Gerstein contributed to this report.

Previous Black Entrepreneurs Are Failing in Detroit’s Weed Market. Is the City to Blame?
Next Back burner no more: Dems set Manchin talks on party-line bill to simmer