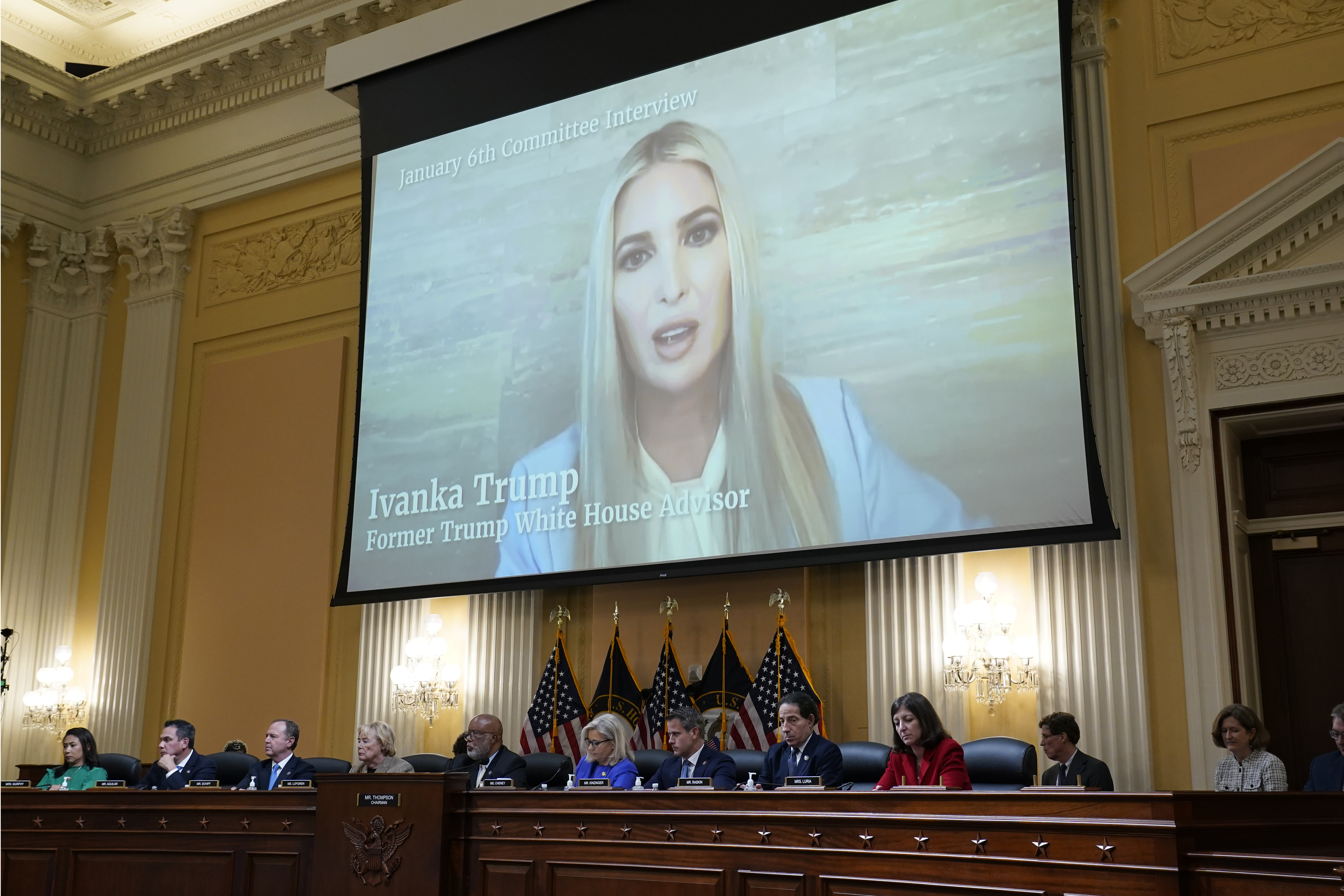 Former President Donald Trump on Friday discounted his own daughter’s testimony that the 2020 presidential election results were not fraudulent.

“Ivanka Trump was not involved in looking at, or studying, Election results. She had long since checked out and was, in my opinion, only trying to be respectful to Bill Barr and his position as Attorney General (he sucked!),” Trump posted on Truth Social, the social media platform he helped found.

Trump’s rebuke of his daughter comes on the heels of Thursday’s Jan. 6 select committee hearing, where lawmakers showed recorded interviews with Ivanka Trump, former Attorney General William Barr and Trump campaign advisers testifying that the former president had indeed lost the 2020 election. The House panel took a back seat at its first hearing, allowing Trump allies to illustrate the then-president’s attempt to overturn the election results and any connection he had to Jan. 6, 2021 — when a mob of the former president’s supporters stormed the Capitol building.

Barr in his video deposition described Trump’s claims of election fraud as “bullshit.” Ivanka Trump echoed Barr’s comments in her own video testimony.

“I respect Attorney General Barr so I accepted what he was saying,” she said to the committee.

Additional interviews shown at Thursday’s hearing included other Trump aides testifying that they told the then-president there wasn’t enough evidence of fraud to overturn the election as well as interviews with a half-dozen members of the Jan. 6 mob who said they went to the Capitol that day because Trump asked them to. The House select committee emphasized that there is much more testimony to come in the five remaining hearings across the next two weeks and that it has obtained powerful visuals as evidence.

Trump’s outrage over the hearing didn’t end with his daughter Friday morning. He sent out a series of posts on Truth Social blasting Barr, doubling down on the “rigged” and “stolen” election claims, and calling the hearing a “political witch hunt.”

The former president also shot down panel Vice Chair Liz Cheney’s claim during the hearing that Trump supported the sentiment from supporters on Jan. 6 to “hang Mike Pence,” the then-vice president.

“I NEVER said, or even thought of saying, ‘Hang Mike Pence.’ This is either a made up story by somebody looking to become a star, or FAKE NEWS!” Trump said in a post.

The committee on Thursday showed how Trump’s tweet attack on Pence exacerbated the violence on Jan. 6, just minutes after rioters broke into the Capitol building. An entire panel hearing next week will focus on Pence’s centrality to Trump’s plan, featuring Greg Jacob, the former vice president’s former counsel.