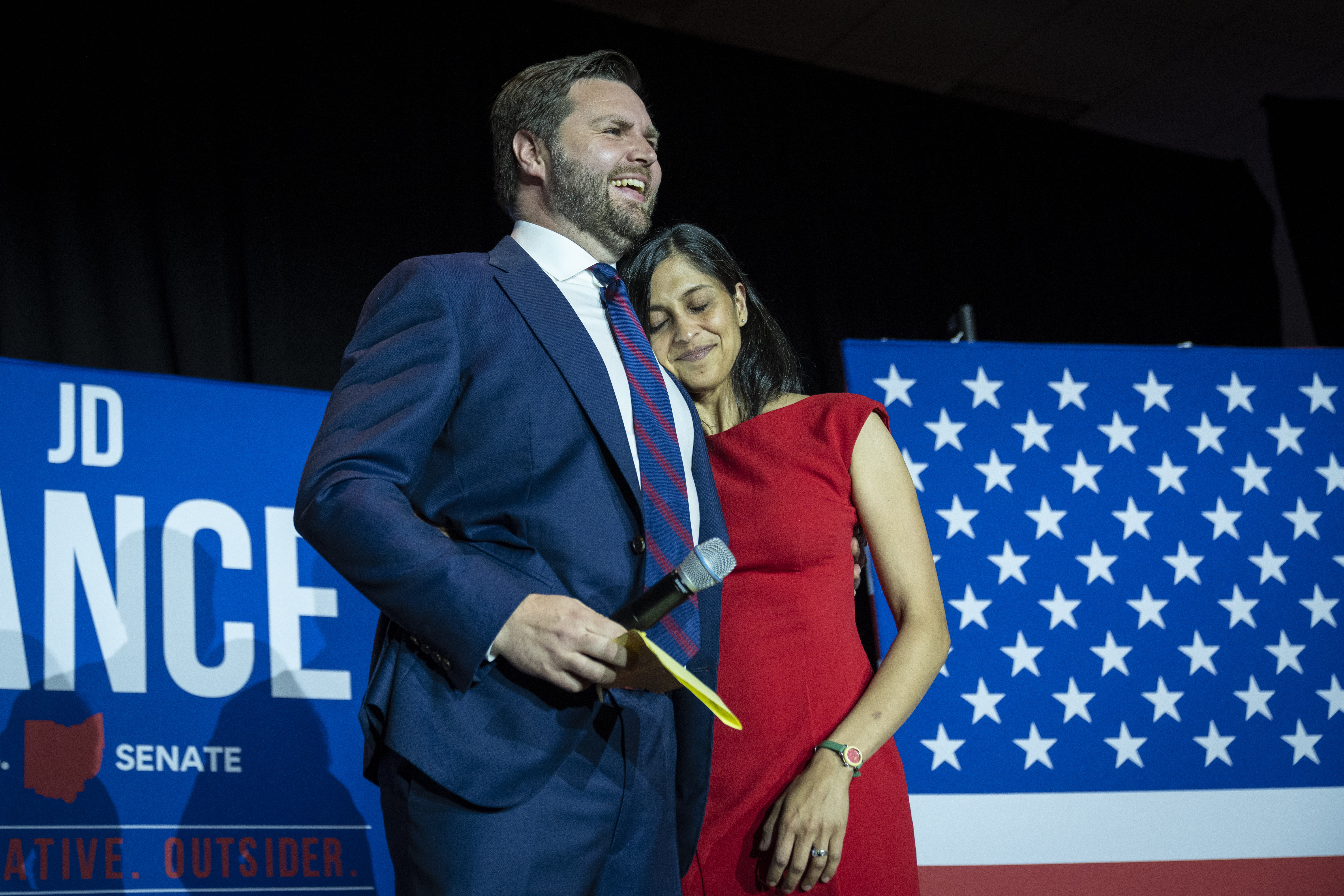 Author J.D. Vance won the Republican nomination for the open Senate seat in Ohio on Tuesday, propelled to a once-unlikely primary victory by the endorsement of a man he criticized liberally just four years ago: Donald Trump.

Vance defeated former state treasurer Josh Mandel and state Sen. Matt Dolan, among others, according to the Associated Press, which called the race Tuesday night.

Prior to Trump’s endorsement last month, Vance was languishing in third place, behind Mandel and self-funding businessperson Mike Gibbons. But Trump gave him his backing — even though he acknowledged the “Hillbilly Elegy” author had criticized him before refashioning himself as a conservative populist ahead of the Senate campaign.

Though Trump’s endorsement changed the trajectory of the race, Vance still only captured about a third of the primary vote. And other results Tuesday night suggested the GOP is still battling between its existing establishment wing and the specter of Trump’s involvement and personality.

Ohio Gov. Mike DeWine easily won renomination, despite criticism from the right that his coronavirus mitigation policies were too strict. So did each of the other statewide GOP officials and state’s House incumbents who were seeking reelection.

In Ohio and Indiana, both parties selected candidates in a number of key congressional districts central to the fight for the House majority.

The undisputed headliner of the evening is the Republican primary for the open Senate seat in Ohio — a rough-and-tumble fight in which two candidates almost literally came to blows on the debate stage.

Vance rocketed to the top of public polling after Trump’s endorsement, but he wasn’t alone at the top of the field. Mandel, who has also wholeheartedly embraced Trump’s caustic politics, has been Vance’s chief rival. And Dolan — the son of the owner of the Cleveland Guardians, the recently rechristened Major League Baseball franchise — has gained support while taking a different tack, shunning the former president and criticizing his hold over the party.

Democrats will still contest the seat. Their candidate will be Rep. Tim Ryan, who briefly ran for president in 2019. With his House district shredded by the Republican-dominated redistricting process, Ryan took the plunge to run statewide this election and racked up an early primary win.

Ryan has been a strong fundraiser in the race and has emphasized his disagreements with his party in his messaging, including a recent ad where he says “my party also got it wrong on the trade deals that sent your jobs overseas.” Ryan faced Morgan Harper, a former CFPB staffer who ran for Congress in 2020, in the primary.

The other big-ticket statewide primary in Ohio is the Republican gubernatorial race, featuring DeWine fending off a handful of primary challengers.

The field challenging DeWine included former Rep. Jim Renacci and Joe Blystone, a farmer. Both tried to run to the right of the longtime Ohio pol, with Renacci chasing Trump’s support and supporters and Blystone trying to ride anti-vaccine mandate fervor. (Blystone recently shared, and then deleted, a photo of himself standing by a sign with a swastika made out of syringes.)

But DeWine won with a comfortable margin in the divided primary. Still, Democrats will still be closely watching to see what share of the vote DeWine hits, to see if there is any weakness among base voters that they could exploit in the general election.

While DeWine is the favorite going into November, Democrats will field a credible challenger, with Whaley defeating former Cincinnati’ Mayor John Cranley for the nomination.

In another statewide contest, Ohio Secretary of State Frank LaRose also turned away a GOP primary challenge, from former state Rep. John Adams. LaRose — who co-chaired the National Association of Secretaries of State elections group during the run-up to the 2020 election — recently pivoted to praising Trump, despite the former president’s continued lies about the 2020 election being stolen from him. LaRose was rewarded with Trump’s endorsement.

Republicans will choose their standard bearers to try to flip several battleground House districts in both Ohio and Indiana.

The race to take on Rep. Marcy Kaptur (D-Ohio), who found herself in a red-leaning seat after redistricting, has drawn the most attention and morphed into something of a GOP proxy war. But it was J.R. Majewski, who once painted Trump’s face on his lawn and raised $25,000 to escort a group down to the Jan. 6 rallies, who emerged victorious in a race that also featured state Sen. Theresa Gavarone, backed by establishment forces like the Republican Main Street Partnership and Rep. Bob Latta (R-Ohio), and state Rep. Craig Riedel, who was endorsed by Rep. Jim Jordan (R-Ohio) and plans to join the House Freedom Caucus.

In an open northeast Ohio district, attorney Madison Gesiotto Gilbert, a former Miss Ohio winner who is backed by Trump, won the GOP nomination over, among others, Shay Hawkins, a former aide to Sen. Tim Scott (R-S.C.). She will face former state House Minority Leader Emilia Sykes, the Democratic nominee, for a closely divided district.

Meanwhile, the last-minute retirement of GOP Rep. Bob Gibbs cleared the way in another district for Max Miller, a former Trump aide who was initially recruited to challenge Rep. Anthony Gonzalez after he voted to impeach Trump. Gonzalez later decided to retire.

In Indiana, Air Force reservist Jennifer-Ruth Green beat La Porte Mayor Blair Milo for the GOP nod to take on Democratic Rep. Frank Mrvan. His northwest Indiana seat, which Biden carried by 9 points, is a top GOP target. Rep. Trey Hollingsworth’s (R-Ind.) surprise retirement opened up a safe GOP seat in the south of the state. Former state Sen. Erin Houchin grabbed the nomination there ahead of two other top contenders: ex-Rep. Mike Sodrel, who served one term in the early 2000s, and veteran Stu Barnes-Israel.

Democrats, meanwhile, have uncontested primaries in their Ohio target districts. Former Cincinnati City Council member Greg Landsman is running unopposed for the nomination to take on GOP Rep. Steve Chabot, whose district became more favorable to Democrats under redistricting. Former state House Minority Leader Emilia Sykes is also unopposed for the Democratic nod in that open northeast Ohio seat, which Biden narrowly carried in 2020. Both of her parents served in the Ohio legislature. She could eventually face Gilbert or Hawkins, who are running on the GOP side.

Meanwhile, one of the biggest Democratic races of 2021 looks less competitive this year. Democratic Rep. Shontel Brown defeated progressive heavyweight Nina Turner again for the second time in as many years. Brown, who is backed by the Congressional Black Caucus’ leaders and now President Joe Biden, came from behind to beat Turner in a special primary election last August. Now, Turner is back for a rematch, but many of the big progressive names declined to go all in this time.